Cognitive processes that take place in a simultaneous interpreter’s mind and brain are intense and are happening nearly at the same time. Neurons are firing left and right. As a Russian cognitive scientist puts it, their brains are “on fire!”

(A long intro, Russian-style — skip this paragraph if you are not a Tolstoy fan)

This past November I participated in the Fall Forum at MIIS. The forum is held every year as part of practicum for 2nd year students in the Conference Interpretation program. Speakers present their opinion on the proposed topic in a prepared but unscripted speech. The speakers are assigned either a pro or against side of the issue and must construct their argument accordingly (even if that is contrary to their opinion). Once the speech is delivered, the assigned interpreter interprets it into English (consecutive interpreting). The speech may range from a minute to 10-20 minutes. During the speech, the interpreter makes notes — these are specific (and individual) signs written in a system which helps reconstruct the meaning of the symbols later. This is done due to time constrains: it is impossible to write down plain text. Also, as the interpreter makes their notations, they deconstruct the meaning and structure of the spoken messages. Later, when they have to reconstruct the message, their task is dual: as they reassemble the linguistic fabric (trying to stay as close to and convey the style of the speaker), they must also reproduce the meaning exactly, or, at the very least, with as little variation from the original meaning as possible. Quiet a challenge!

Cognitively, Consecutive Interpreting is different from Simultaneous in that the conversion of meaning and reproduction stages are delayed from the stage of intake and deciphering of the message. That does not, however, make the process easier. Another cognitive function is activated in Consecutive interpreting: memory. This mode of interpretation relies on this function rather heavily. As the interpreter commits to paper in a form of shorthand signs and symbols which denote objects, subjects, and predicates, they also have to understand and remember the logical connections between the segments. A well-trained interpreter’s memory may allow one to retain very large volumes of speech and be able to recall it as the interpreter is producing the speech in the new language. In my personal experience, this memory is short-term: once the task is done, the large volume of information is “erased” — making space for new information.

The translation process does not use short-term operating memory or simultaneous processing and output of information quiet as heavily. Cognitively, translation involves the same major processes: understanding of the source text message, conversion of it into the target language, with as much preservation of the style, register (if possible and appropriate: registers can differ in languages), syntactic structure, and, of course, absolutely the meaning of the original text. Ideally, the communicative effect of the translated text must equal that of the original. This is where the major difference between translation and interpreting lies: in interpreting, most often, style is sacrificed for the sake of time. The interpreter (especially simultaneous interpreter) renders main points of meaning, which they tie together as best as is possible given the time and other obvious enormous pressures they work under. Translator, on the other hand, has a little more time (but in this day and age of instant communication, expectations for turnaround time for translations are accelerating), they do have the advantage of seeing the text. The translator is able to spend more time when making translation decisions. Here, a different capability is engaged: linguistic mastery. Writing well stylistically, and communicatively is a talent, and many translators work painstakingly on the quality of their text. Ability to translate and express the thoughts in clear, apt, and, when appropriate and needed, eloquent form, are a type of intelligence — the linguistic type of IQ.

Preparing for this challenging work and developing skills, expertise, and strategies for it are parts of the rigorous training that the students in the interpreting and translation programs undertake. 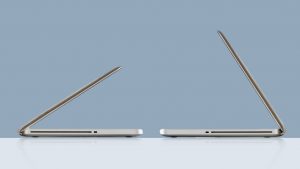 What It Takes to Run a Great Virtual Meeting 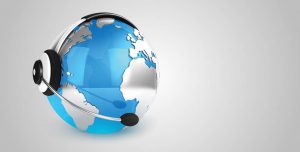 Inside an Interpreter’s Mind: Cognitive Processes behind Interpreting and Translation